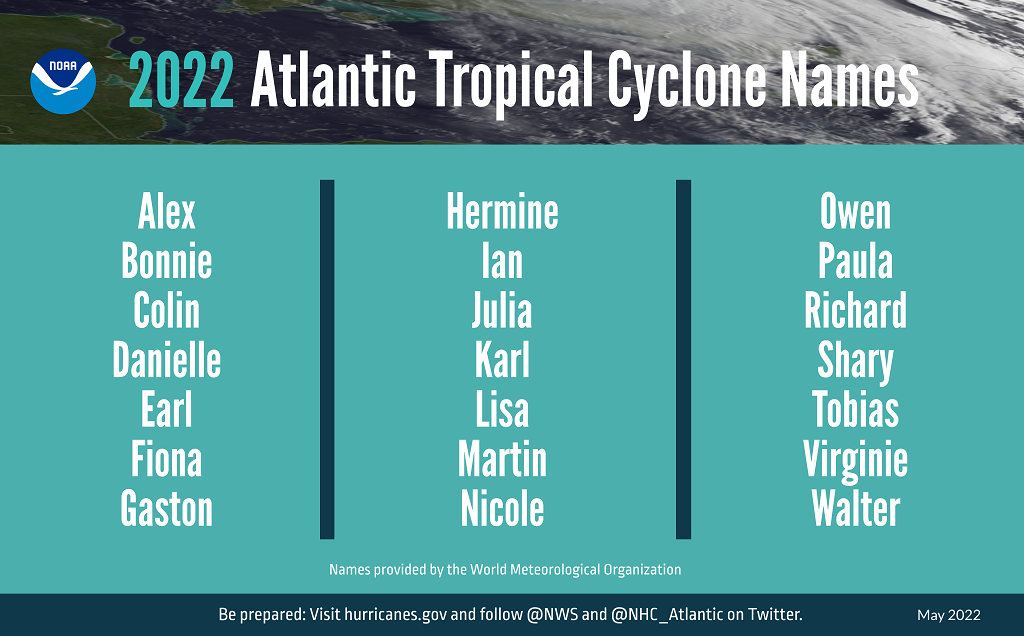 “Early preparation and understanding your risk is key to being hurricane resilient and climate-ready,” said Secretary of Commerce Gina M. Raimondo.

“Throughout the hurricane season, NOAA experts will work around the clock to provide early and accurate forecasts and warnings that communities in the path of storms can depend on to stay informed.” 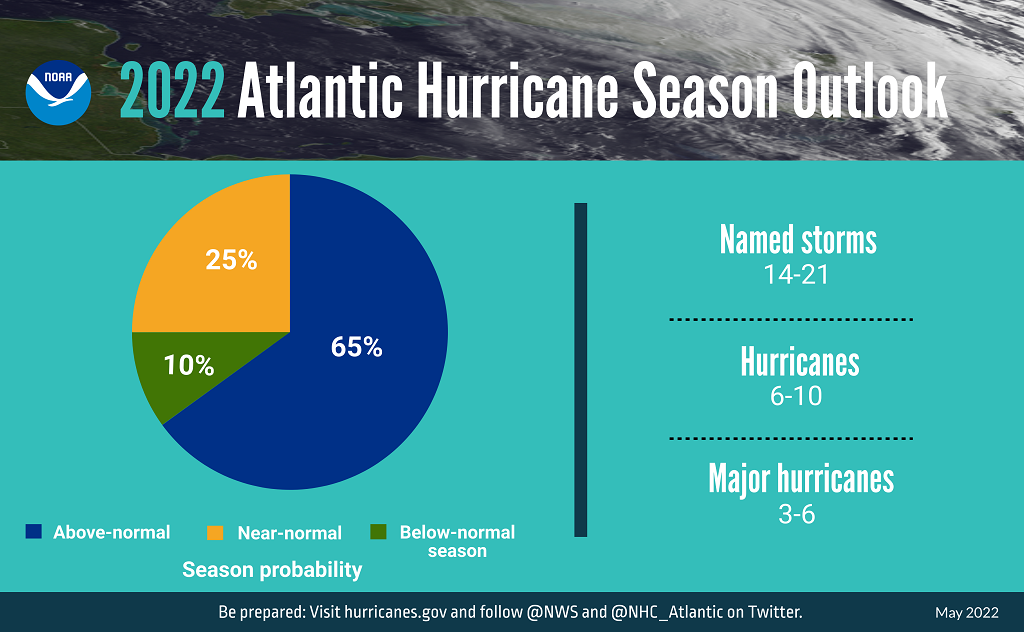 NOAA said that the increased activity anticipated this hurricane season is attributed to several climate factors, including the ongoing La Niña that is likely to persist throughout the hurricane season, warmer-than-average sea surface temperatures in the Atlantic Ocean and the Caribbean Sea, weaker tropical Atlantic trade winds and an enhanced west African monsoon.

It said an enhanced west African monsoon supports stronger African Easterly Waves, which seed many of the strongest and longest-lived hurricanes during most seasons. The way in which climate change impacts the strength and frequency of tropical cyclones is a continuous area of study for NOAA scientists.

“As we reflect on another potentially busy hurricane season, past storms, such as Superstorm Sandy, which devastated the New York metro area ten years ago, remind us that the impact of one storm can be felt for years,” said NOAA administrator Dr Rick Spinrad.

“Since Sandy, NOAA’s forecasting accuracy has continued to improve, allowing us to better predict the impacts of major hurricanes to lives and livelihoods.”

NOAA said to improve the understanding and prediction of how hurricanes intensify, its  Atlantic Oceanographic and Meteorological Lab and Pacific Marine Environmental Lab will operate five Saildrone uncrewed surface vehicles during the peak of the 2022 hurricane season and coordinate for the first time with uncrewed ocean gliders, small aircraft drone systems, and NOAA Hurricane Hunter aircraft to measure the ocean, atmosphere and areas where they meet.