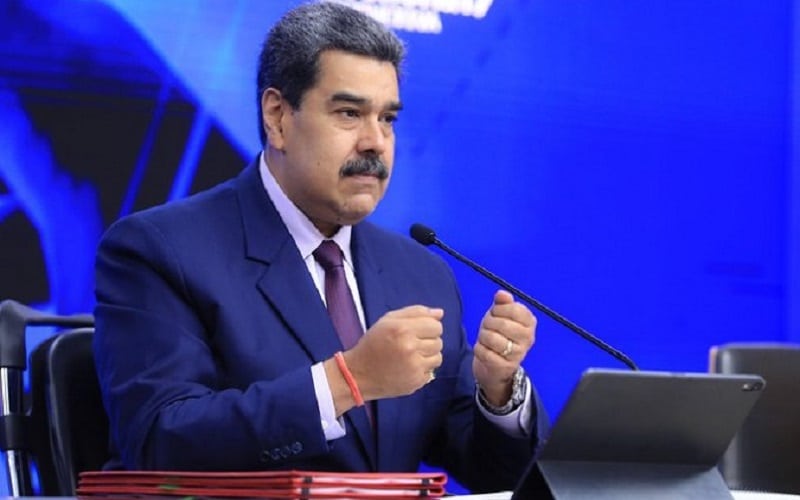 The governments of Venezuela and Colombia announced that the land border between the two countries will be reopened on Sept. 26.

“I am very happy to announce that as of Sept. 26, Venezuela and Colombia will jointly open their borders. We will also resume flights between Caracas-Bogota and Valencia-Bogota,” President Nicolas Maduro said, adding that “exchange and cooperation between our peoples are starting off on the right foot.”

On Thursday, Colombia’s Trade, Industry, and Tourism Minister German Umaña travelled to Venezuela and held a meeting with the Bolivarian president in Caracas. After this meeting, Maduro ratified that the two complementary economies were willing to fully resume their relations. “It’s the route! Colombia and Venezuela, united!”, he said..

ALBA Demands Release of Crew of Venezuelan Plane in Argentina

“The member states of the Bolivarian Alliance for the Peoples of Our America-People’s Trade Treaty (Alba-TCP) join the demand of the people and the government of the Bolivarian Republic of Venezuela for the release of the Venezuelan crew illegally and illegitimately detained by the judicial authorities of the Republic of Argentina along with the Boeing 747 aircraft,” reads the communiqué released by this alliance.

“This illegal retention constitutes a violation of the basic human rights of the crew, such as freedom of movement and respect for personal dignity, and is part of a new manoeuvre of non-compliance with the Charter of the United Nations and international law based on the illegal unilateral coercive measures applied against Venezuela,” the document states.

Venezuela in Solidarity With Russia After Embassy Attack

“The Government of the Bolivarian Republic of Venezuela expresses to the Government of the Russian Federation its most sincere condolences for the numerous dead and wounded following the terrorist attack perpetrated on September 5, 2022, employing a suicide attack with explosives near the embassy of the Russian Federation in the city of Kabul, in the Islamic Emirate of Afghanistan,” says a statement issued by the Foreign Ministry.

“Venezuela expresses its deepest solidarity to the families of the victims of this regrettable event and wishes a prompt and full recovery to the injured, while categorically rejecting terrorism in all its forms and manifestations, and strongly condemns this and any other act of violence whose purpose is to cause terror among the population,” the text highlights.

The unilateral coercive measures imposed by the Government of the United States against Venezuela and the kidnapping of the diplomat alex saab they are a form of extortion against countries that do not share their vision of the world, and seek that Venezuela does not continue the progress in its process of building socialism, the Foreign Minister of the Republic, Carlos Faría, denounced this Thursday.

During his speech at the Forum called Unilateral Coercive Measures as a form of global extortion, the Canciller Venezuelan warned that the coercive measures and unilateral actions of the US against Venezuela have been intensifying as the people and the government have shown that with their own effort the country has come on a path of economic growth.

“The world sees how the Venezuelan people have responded to this war, that despite everything that could happen, we are already experiencing a second year of recovery with concrete elements in that improvement in the Venezuelan economy,” Faría stressed.

Carlos Faría: the US is only interested in the energy issue

Foreign Minister Carlos Faría expressed that the United States government seeks to establish relations with Venezuela without dismantling the sanctions regime that Washington applies to this country.

This was stated by the Minister of Foreign Affairs during an interview with the head of Culture, Ernesto Villegas, broadcast on VTV: “It was an initiative of the United States government to make this approach to President Nicolas Maduro to normalize the relationship, but not the diplomatic one, nor the dismantling of the sanctions, but in the reestablishment of the energy relationship because Washington is interested in it,” he said.

The foreign minister added that Venezuela hopes that the United States guides its relationship with Venezuela more clearly, with the window of opportunity that the November elections in the US represent: “Midterm elections are awaited in the United States. It is said that President Biden is waiting for that to happen so that later, he can guide his relationship with our government in a clearer way. So we are waiting for that to happen,” said Carlos Faría.

Authorities Venezuelan They evaluate and define the international agenda of the nation in cultural matters, for its international representation, especially in relation to the United Nations Organization for Education, Science and Culture (Unesco).

The information was released by the Foreign Minister of the Republic, Carlos Faría, who through his account on the social network Twitter, specified that he held a meeting with the Minister of Culture, Ernesto Villegas; and the permanent representative of Venezuela appointed to UNESCO, Rodulfo Pérez, with the aim of evaluating the cultural program of Venezuela in the international arena.

“We held a meeting with Ernesto Villegas and the designated permanent representative to UNESCO, Rodulfo Pérez, to jointly review the international cultural agenda, specifically with issues related to this international organization,” the foreign minister announced from his online account socialTwitter.

President Maduro: Venezuela is ready to Supply Oil and Gas to the World

Venezuela and Colombia work to reopen their land border